We need to talk about some myths or facts about measles. Most people believe they know about measles and how it effects us, however there are a lot of myths circulated in the media. This is why I had to share the following article from a mentor of mine. Dr. Tedd Koren is the founder of KST, the technique that I use here in the clinic. He is also a prolific writer and researcher for his other company, Koren Publications. I thought people might find this article interesting. It has references to all the claims, so if you are not sure this is true, please take the time to look it up for yourself.

Here is the article, myth vs. fact about measles-

Measles is a mostly benign condition that leaves a healthier child in its wake. Deaths from measles had almost completely disappeared before the vaccine was used. Why is a vaccine even needed and is this vaccine safe?

Myth or Fact: Measles is a Dangerous Disease

Myth – measles is a dangerous disease 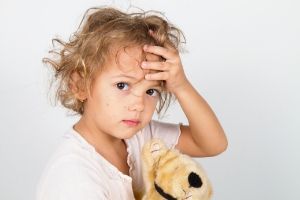 Measles is a short-lived viral infection that begins with a fever that lasts for a couple of days, followed by a cough, runny nose and conjunctivitis (pink eye). A rash starts on the face, hairline and upper neck, spreads down the back and trunk, and extends to the extremities. After about 5 days, the rash fades.

Measles is a mild and mostly harmless disease that leaves a stronger, healthier child in its wake; most adults born before 1965 got measles and have lifelong immunity as a result. Serious problems from measles are very, very rare.

However after the vaccine was produced this mild, beneficial rite of passage was called a deadly disease.

Dr. Anne Schuchat, director of CDC’s National Center for Immunization and Respiratory Diseases stated there were no measles deaths in the US since 2003.

While the CDC’s National Vital Statistics Reports show 2 deaths associated with measles for 2009 and 2010.

“Pediatricians continue to defend vaccination to the death. The question parents should be asking is, ‘Whose death?’ -Robert Mendelsohn, MD

But MDs rarely report vaccine injuries so that number is probably much higher.

Myth or Fact: The Measles Vaccine Is Safe

Myth – the vaccine is safe

Fact – the vaccine is dangerous 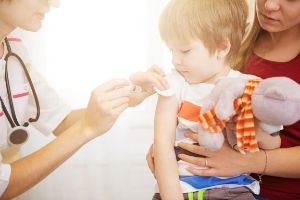 According to David Kessler, MD former head of the Food and Drug Administration, “Only about 1 percent of serious events [adverse drug reactions] are reported to the FDA.”

Therefore we don’t know the real number of vaccine injuries and deaths. But they are greater than official statistics due to underreporting.

If we apply the above underreporting number to vaccine injuries then possibly as many as 10,800 children might have been harmed or killed by the measles vaccine during the period that at most four died from measles.

What Are Atypical Measles?

Atypical measles occurs only in the vaccinated and can be fatal.

Atypical measles was initially thought to occur only in those who received the killed measles vaccine, but several investigators have reported this illness in children who had been vaccinated only with the live measles vaccine.

Myth – There is a lot of measles amongst the non-vaccinated

Fact – There are non-vaccinated communities reporting no measles.

For example, the Amish are a religious community the vast majority of which are not vaccinated. They reported not a single case of measles between 1970 and 1987.

Measles among the Amish: a comparative study of measles severity in primary and secondary cases in households.

While the local highly‐vaccinated communities still reported epidemics every 2‐3 year. Based on this experience measles appears to circulate more amongst the vaccinated than the non-vaccinated.

Myth or Fact: Vaccines Are Safe

The jury is still out on the issues of safety and efficacy for a number of vaccines-vaccine experts have repeatedly reversed themselves about the safety or effectiveness of vaccines they have previously sworn were safe.

Properly tested and licensed vaccines were later found to cause injury and death and were stopped by vaccines authorities. Sawada eta. 1993; Lancet 342 (7 August): 371

In 2010, the Rotarix (rotavirus) vaccine was recalled because it was contaminated with DNA from pig virus after one million U.S. children, and about 30 million worldwide received it. A measles vaccine was also found to contain low levels of the retrovirus avian leukosis virus, and Rotateq, Merck’s rotavirus vaccine, was found to contain a virus similar to simian (monkey) retrovirus. http://articles.mercola.com/sites/articles/archive/2012/04/24/most-recalled-type-of-drug-will-surprise-you.aspx

People have a right to choose because the science is never absolute.

Myth or Fact: Vaccine Companies Look Out For The Greater Good

Myth – Vaccine companies have our best interest at heart 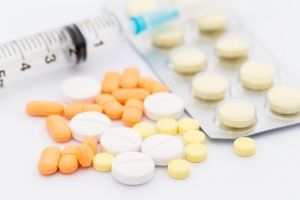 Merck, manufacturer of the mumps vaccine, is going to trial in two separate lawsuits for allegedly falsifying the efficacy rate of its mumps vaccine. One suit was filed by former employee-whistleblowers, the other by pharmaceutical competitors. Lawsuits claiming Merck lied about mumps vaccine efficacy headed to trial, Fierce Vaccines, September 9, 2014, http://www.fiercevaccines.com/story/lawsuits-claiming-merck-lied-about-mumps-vaccine-efficacy-headed-trial/2014-09-09

Myth or Fact: You Can’t Get The Measles If You Are Vaccinated

Myth – You can’t get sick if you are vaccinated

Here is a small sampling of reports show that the vaccine is ineffective.

Vaccine Failure – Over 1000 Got Mumps in NY in Last Six Months http://articles.mercola.com/sites/articles/archive/2010/03/06/vaccine-failure-over-1000-get-mumps-in-ny-in-last-six-months.aspx

Over 98% were vaccinated in measles epidemic

Myth or Fact: Vaccines Got Rid of Measles

Deaths from measles, scarlet fever, typhoid, whooping cough, and diphtheria were down up to 99% BEFORE vaccination. The vaccines may have kept the diseases from disappearing due to “viral shedding.” http://www.bibliotecapleyades.net/salud/salud_vacunas145.htm

After the shot came out the drop in deaths stopped, jumped and then resumed their downward slope.

Myth or Fact: Vaccines In General Got Rid of Childhood Diseases

Clean water, sanitation, indoor toilets, hot and cold running water, less crowding and improved living conditions resulted in better resistance to disease. By the way, there was no vaccine for scarlet fever yet deaths dropped just the same.

Myth or Fact: We Have No Idea What The Underlying Cause of Autism Is

Myth – We don’t know the cause of autism

Some medical experts say the measles (and other) vaccines do not cause autism yet mothers across America and around the world report a different experience.

Today’s medical denial of the vaccine-autism link looks like a scene in the Marx Brothers’ movie Duck Soup where Chico is caught red-handed dallying with a pretty young woman. He denies it adding, “Who are you going to believe, me or your own eyes?”

Autism affects as many as 1 in 50 children but a few decades ago (when vaccines were few) autism rates were 1 in 10,000. When will they stop the shots? When it’s one in two?

Myth or Fact: Drugs Are The Only Answer, Especially Vaccines

Myth – Drugs are good for us

Fact – All drugs are dangerous (say no to drugs)

Vaccines are unsafe and ineffective. It’s time we simply said no to drugs – especially these drugs. They are creating a generation of sick children and bankrupting their parents.

Repeatedly experts have told us they know the truth, to change their minds later. No studies trying to placate an increasingly concerned public can stop vaccine-damaged kids from coming. For many patients the vaccine decision comes down to a child having a week lost from school or the possibility of a lifetime lost.

Myth or Fact: There Are No Side Effects To Vaccines

Fact – Autism is just the tip of the iceberg

We have a generation of chronically ill children. Today one in six children has neurodevelopmental disorders, one in eleven has asthma, one in twelve has food allergies, and one in 400 has diabetes. Let’s not forget ADD, ADHD, dyslexia, “processing disorders,” vision and hearing disorders, digestive disorders, immune system disorders and more. It’s getting worse.

Here is one link citing 97 research papers connecting autism and vaccines. At the least one must conclude there is controversy so why not err on the side of caution?

Myth or Fact: Only Kids Get Measles

Myth – Measles is a childhood diseases

Fact – Not any more 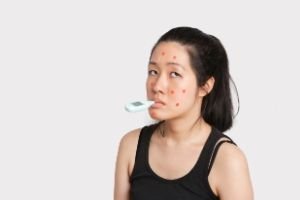 Children generally usually got childhood diseases around ages 4,5,6,7 after the immunity from the mother wears off. But today newborns, infants, babies, teenagers and adults get “childhood” diseases because vaccination has altered the natural age of occurrence and is responsible for babies and adults getting these diseases at ages when they are more dangerous and even fatal. http://www.womenshealthmag.com/health/dangers-of-childhood-diseases-for-adults

When little girls normally got measles and other childhood diseases they developed full immunity and years later they were able to pass on that immunity to their unborn child. Their baby is born protected against measles and lots of other diseases from the protection the mother passes on during pregnancy through the placenta (hence the term “transplacental” immunity). Breastfeeding also permits the baby to obtain additional immune factors from the mother.

Myth or Fact: Vaccines Are Made of Only Non-toxic Ingredients

Myth or Fact: There Is Good Research Behind The Vaccines We Get

Myth – The vaccine scheduled has been tested

Fact – The vaccine schedule has not been tested

In 2015 the Centers for Disease Control recommends 101 vaccines in multiple doses by the time a child is child age yet the safety of the entire vaccine schedule has not been studied:

While the government renews, licenses, and compels individual vaccines, it does not test – or require vaccine makes to test – the safety and efficacy of vaccines given simultaneously or the cumulative effects of multiple vaccines.

Myth or Fact: There Is No Reason To Catch The Measles With Vaccines

Myth – Childhood diseases have no benefits for children

Fact – Childhood diseases have many benefits for children

Lost in the argument about measles is the fact that Infectious diseases of childhood are shown to be beneficial for the overall health of the child and society.

Contracting and overcoming childhood diseases are part of a developmental process that actually helps develop a healthy, robust, adult immune system able to meet the challenges that inevitable encounters with viruses and bacteria will present later on.

That may include protection from cancer:

The study consistently revealed a lower cancer risk for patients with a history of febrile infectious childhood diseases.

The vaccine-mandate zealots move forwards with more and more vaccines to be given to our children (and adults) without addressing these very important questions – questions that might have life or death significance.

Myth or Fact: We Are Required To Get Vaccines

Myth – You must vaccine your child

Fact – You don’t’ have to vaccinate

There are exemptions to vaccination in every US State and in Canada.

Childhood diseases run in cycles no matter how much or how little vaccination is done:

Every 2-3 years, there is an upsurge of measles irrespective of vaccination compliance.

How many children must die, be crippled physically and mentally and live lost lives before we recognize what we have done? In our worship of technology when will we recognize our hubris and realize that we are not God? We do not know enough to justify mandating 101 vaccinations from birth, for every single child. http://www.cdc.gov/vaccines/schedules/hcp/imz/child-adolescent.html

Since measles (and other childhood diseases) return cyclically irrespective of vaccination rates, returning to traditional healing wisdom will return us to a time when autism, allergies, asthma, diabetes and other illnesses seen so often in children today will once again be rare or non-existent.

Researchers, medical doctors and health educators need to remember our place in nature, acknowledge our limitations and learn some humility. In our struggle to “conquer” disease we have unleashed an epidemic of chronically ill children who would have been far better had we not interfered with natural diseases and instead worked with the natural cycles of life; recognizing that the wisdom that permeates nature is wiser than us all.

As you can see, there are definitely myths that we hear are facts about measles everytime there is an outbreak. Make sure you do your research to be able to tell myth vs fact.